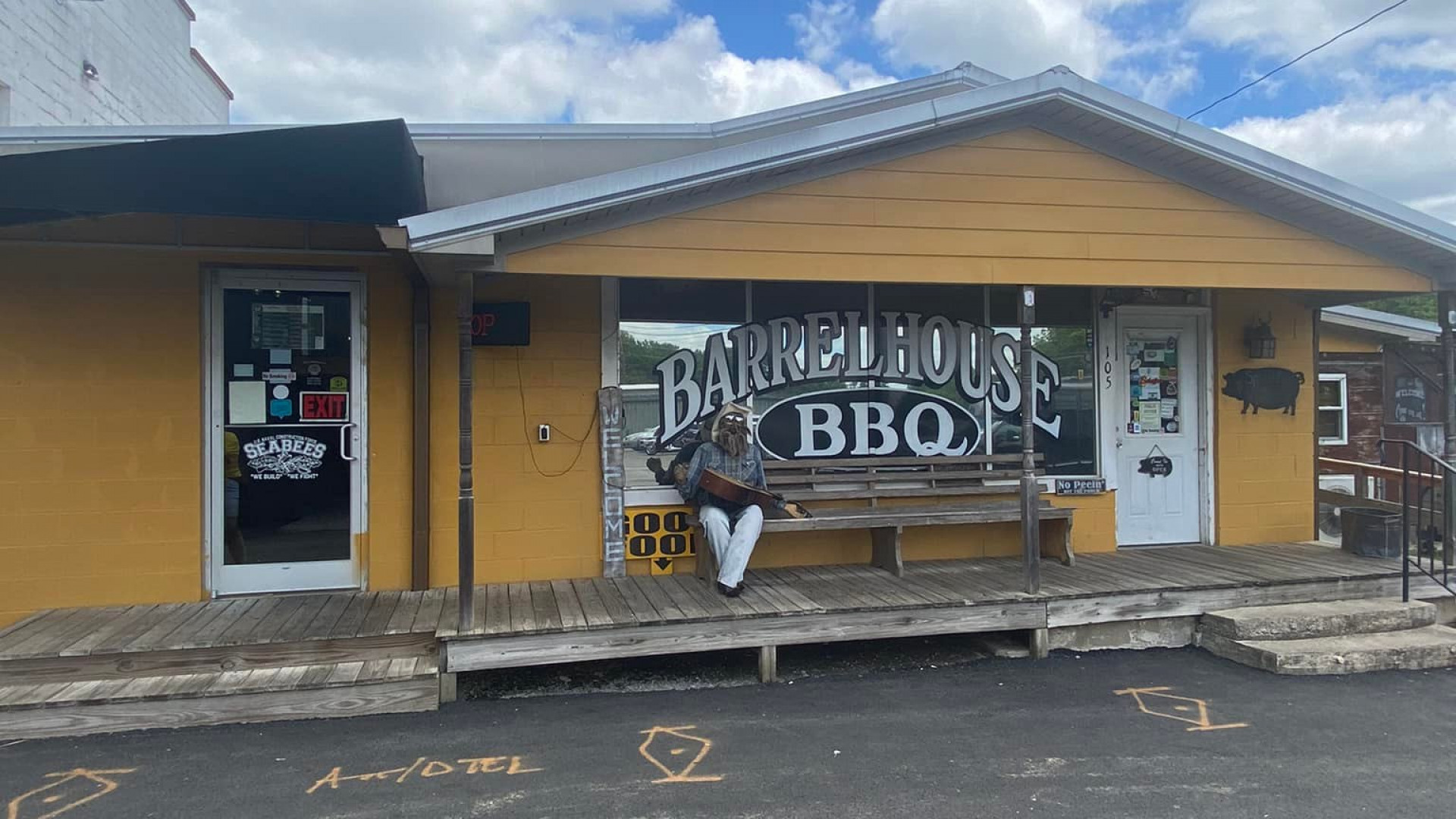 Home of the “Grilled Cheese on Crack”

#1 Grilled Cheese in Tennessee according to Yelp and Buzzfeed

You choose American or Pepper Jack cheese, we fill it with our Pit Smoked pulled pork, pulled chicken, or smoked sausage, add our Habanero sauce, butter and grill it… Delicious!!! 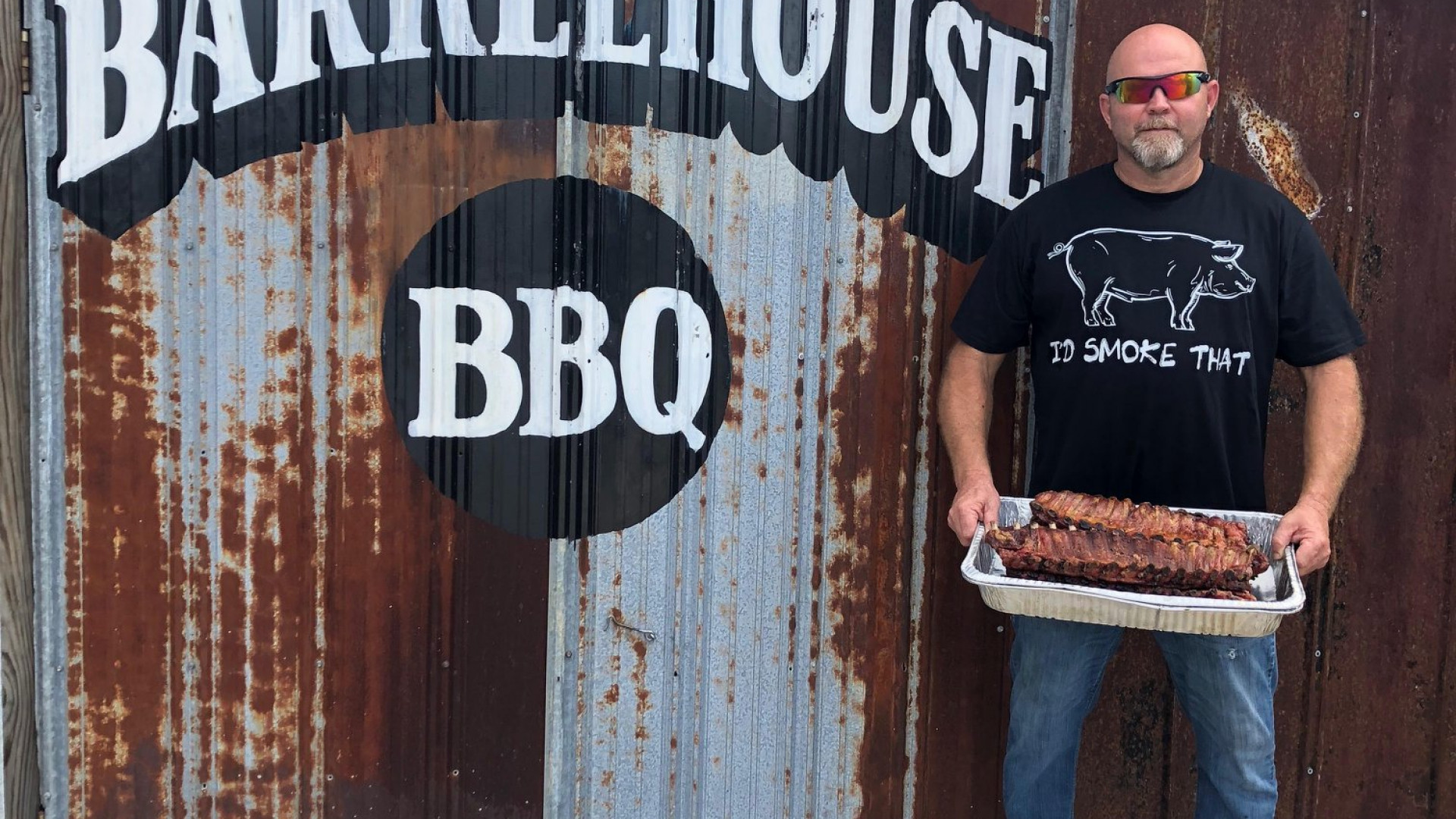 Chuck Baker, owner of Barrel House BBQ, is a brick/block mason by trade.  With the construction market being down in 2012, he decided to take a leap of faith…  With no prior BBQ experience, he bought the old Laundromat in Lynchburg (the Wishy-Washy) built his BBQ pit out of block, built tables & chairs out of Jack Daniel ® barrels and opened Barrel House BBQ.

Good food and good service have helped grow his business into one of the top 5 BBQ restaurants in Tennessee.  His pulled pork, ribs, sausage and chicken are served fresh and hot off the pit everyday.  And his sauces….Well they have taken on a life of their own!

In 2013, just one year after opening, Chuck was invited to be a contestant on Destination America’s®, BBQ Pitmasters® television show.  He secretly traveled to Mobile, AL, site of the Annual Hog Wild Festival, to compete.  He was familiar with BBQ competitions, being as the Jack Daniel’s World Championship Invitational Barbecue ® competition is held in Lynchburg every year…but he had never competed…he didn’t even have a smoker to carry to the contest.  ​They allowed him to bring a trailer full of block and he built a dry-stack pit on-site for the competition.

The show aired on 6-9-13. Chuck didn’t win but boy-oh-boy did the national exposure make him step it up a notch in Lynchburg.  He now has folks adding Barrel House BBQ to their list of places to visit.  It was a fun 15 minutes of fame for Chuck and Barrel House BBQ…but his job is at home, cooking the best Barrel House BBQ ~ as he says, “Smokin’ up the Hollow”.

Located in Lynchburg, Tennessee, Barrel House BBQ is in the South Central Region of Tennessee, and is 66 miles from Nashville, 40 miles from Huntsville, AL, and 62 miles from Chattanooga.

Get the Travel Guide

Check out the Official South Central Tennessee Travel Guide now for the best ideas on dining, attractions, and more delivered straight to your inbox every month!